Maui and the Aloha spirit on the island left a huge spiritual and emotional impact on my life.  I fell in love with the island ten years ago as soon as we got here. I remember being astonished that Hawaii was part of the United States because it is so manicured, clean, spacious and filled with culture and the Aloha spirit.

I do my part to make sure the island stays that way. Keeping the beach clean, going the 40mph speed limit, smiling at others and respecting the island are just a few things I noticed others doing that I really liked about the vibe of the island. I carry the tradition on, too many places get busy with so many outsiders and different cultures that the Aloha spirit and cleanliness could disappear.

Feeding the birds has been a favorite pastime while at home on Maui. It started out with a few pieces of bread a couple of times a day and ended with buying bags of birdseed. So may exotic birds have stopped by to eat. Red headed finch, sparrows, spotted doves and java sparrows have put out the word that the food is here.  I’ve created a sea of little flying hungry monsters at sunrise and sunset. I counted 70 birds land at once as soon as I went inside from spreading the seeds.  Each morning is so loud outside with tweets it wakes me up for a few seconds. When they get spooked, it sounds like a small plane leaving the ground as they all fly off at the same time.

I noticed a different type of gecko lizard around the condo and outside. Actually there were lots of them around. I researched and found out they were the Brown Anole lizard. Originally from Cuba and the Bahamas they were first spotted on Oahu in the late 1990s. In 2006 they infested Maui and ran out the green lizard that has been inhabiting Maui for hundreds of years. The brown anole lizard resembles a small dragon with pointed fins along it’s back and head when aroused. They also have an orange to yellow flap that expands from the neck. They are very fast and can jump from branch to branch. I have read that they eat mostly all insects and can be aggressive towards catching food.

Going back to Kaanapali Beach was an excited relaxing return to what I love about Maui most. Finding a parking space in the limited spots available is a fun experience. Once we find a parking spot (especially on the first try), the feeling is like winning money.

Sadly for us humans, Mother Nature has taken a liking to Kaanapali for herself. Due to El Nino and erosion half of the beach has disappeared into the sea. Black Rock was much further from the shore. I remember volleyball courts and a vast amount of distance between the water and the walkway along the beach. We were sad to see the beach literally disappear under our seats a couple of times when the tide was high.  Everyone on the beach was scrambling to get their things before they were swept away at sea. 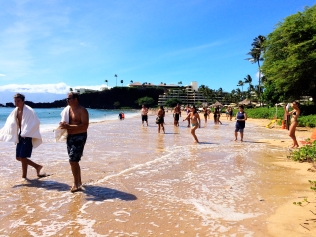 Kaanapali beach taken by a wave

Kaanapali beach taken by a wave

Sharks have moved closer to the shores of Maui. The closest I’ve ever come to a shark was at D.T. Flemmings beach. We were there when the life guards spotted a tiger shark in the swimming area and ordered everyone out. Signs were posted along the beach about the shark sighting. Lifeguards weren’t letting anyone back in until two hours after the shark was last seen. People were waiting patiently to get back in despite the dangers – we got in the car and left.  Turns out the tiger sharks like to eat sea turtles which brings them in closer to the shore. I had no idea sharks ate turtles, did you?

One weekend we went to a farmer’s market in Kula.  Oprah Winfrey owns a house on 700 acres of land in Kula. Kula is also home to Haleakala National Park, Surfing Goat dairy farm and the Ocean Vodka organic farm and distillery.  We still haven’t gotten up the gusto to wake up at 3am and drive 2 hours up to Haleakala to see the sunrise.  A friend of mine suggested going at sunset and it would be the same thing.  Did I mention it was freezing on Haleakala?  That’s not much of an incentive either.  One day I will come back and go there and the lavender farm. That’s another Maui highlight I just can’t bring myself to get to either. The temperature in Kula is cooler (no pun intended) because of the elevation. 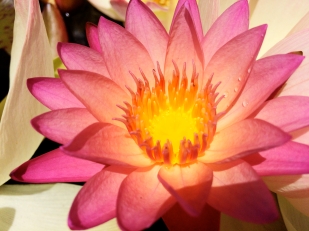 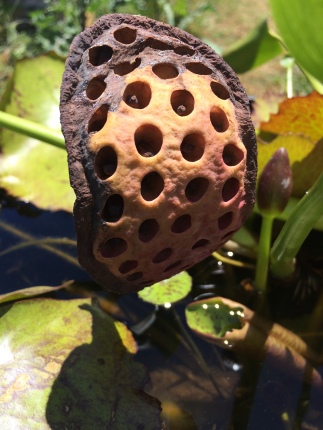 The blow hole at Nakalele Point is a short easy day trip from Lahaina. Many tourists or people unfamiliar with the area die each year by being too close to the blowhole and getting sucked in.  The landscaping changes from flat grass to sharp edged rocks (known to some as the “acid war zone”) around the blowhole. Water can shoot out of the blowhole as high as 100 feet in the air. 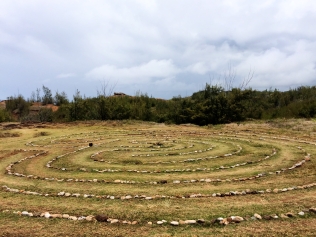 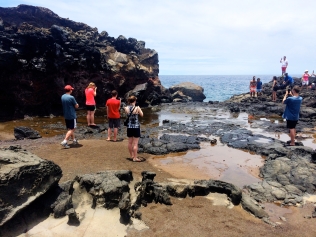 People waiting on the blow hole at Nakalele Point

This visit we encountered one of the most memorable experiences on Maui. A huge fire emerged from an electric line across the mountains outside of Kahalui. The fire was so strong that the main road to the west end of the island was shut down by the police department. We saw the flames but thought it would be contained soon enough and we would be on our way back to Lahaina (west) – WRONG!

After four hours of touring the town and beaches we were stopped again in traffic and the roads were still closed. Ready to go home we tried to go a different route by telling the police officer blocking the street we had to get by to get to the a condo building close by. After quizzing us on the name of the building and realizing he didn’t have time to hear the answer (and didn’t know it himself) , he reluctantly let us through. Feeling like we beat the system, we headed straight down the road past the condo buildings.  Approaching the stoplight we could smell fire and see flames. We had driven directly towards the fire. We were stopped by police and told to turn around and leave fast. The police said it could be four more hours before the road is open, the sun was setting in two. We made the best of it by dining out and going to a movie later.  Five hours later the road opened and we were gridlocked in the night.

Driving past the mountains in slow traffic at midnight was the most spiritual experience. The mountains were smoldering with red glowing through from the contained flames. The flames were on either side of the road.  Traffic was stopped again because the flames had flared up and were spreading fast. After 3 hours traffic started to move slowly. The mountain was smoldering and red on the right side of the highway. The left side was a steep cliff on fire leading into the ocean. It was scary and humbling passing by active flames, fire trucks, police and fireman on the streets at 10mph. It made me realize how small and powerless humans really are to Mother Nature. She ruled the night that evening and let everyone know it.

Front Street in Lahaina is a historical landmark of town.  The famous Banyan Tree is on Front street. The tree overtakes a small public park across from the ocean which was once the capital of the Kingdom of Hawaii from 1820 to 1845. The indian banyan tree was planted by a sheriff in 1873 to memorialize the 50th anniversary of the first American Protestant mission in Lahaina. It is now the largest banyan tree on Maui.

Like everywhere, there are always a few who don’t follow the rules even when they are posted right in front of them.

During the fourth of July, we went to the festivities on Front street, including a parade, car show, concert, food vendors and people watching.

Speaking of fun, my friend Teri lives on Maui and it’s always exciting to see her when I visit the island. Teri has made her life’s work about the care and protection of animals. She has turned her property into a small animal sanctuary that is home to over 72 animals. Silky chickens, desert tortoises, dogs, cats, doves, pigeons and two large cockatoos. It always a fun time there and seeing those animals happy and healthy from once inhumane conditions makes my heart happy each time I visit. And the most beautiful part is that all of the animals are kind towards humans, even after the trauma they endured at the hands of humans.

Time flies when your on a beautiful island surrounded by a clean warm ocean. When we first arrived I had all these plans to join the gym, visit a friend more often, explore the island more and eat at different new restaurants. I even went to the gym, filled out an application to join and realized I didn’t have my credit card on me. I told the guy I would be back in an hour and never returned. I kept saying “I’ll go back tomorrow” and then there was only one week left before we were leaving Lahaina entirely.  For some reason it was really hard for me to leave this time, but I know more travel and adventure awaits.  There are many places I can honestly say I love with all of my heart, the Hawaiian Islands are at the top of the list.