Cebu City, officially the City of Cebu is the capital city of the province of Cebu in the Philippines . This city is a smaller version of Manila. Lots of traffic and buildings mixed in with poverty-stricken homes and small businesses. There is also a huge port for importing and exporting containers by boat and barges.

This isn’t a city we planned to tour around and explore, it’s a layover city that connects via the airport or a pier to other islands we are visiting. We stopped in Cebu three times during our travels through the Philippines. Each visit lasted 24-48 hours and a comfortable stay at the Radisson Blu Hotel downtown.

Lechon is the dish of Cebu. Lechon is sold by the kilogram and there are many restaurants and stands known exclusively for the dish. Anthony Bourdain came to Cebu during a taping of his show No Reservations and claimed the local restaurant Zubuchon to be the “best pig in the world”. Since that show, Zubuchon has tripled in business and opened many locations around Cebu.

If you love roasted pork this is an exciting place. CNT pork is another very well-known lechon restaurant. There are a few locations in Cebu and all of them have high reputations. CNT was the first lechon place we stopped in. There was a glass wall showcasing the lechon covered in juice and grease from the chopping of the meat.

At CNT the pork is sold by the kilogram. People call in and place large orders which are cut up and put in plastic bags for pick up. We got there around 4:30pm on the first visit and the only thing that was left was skin and scraps. We bought all of it.  The skin was so crispy and the meat was so tender. This was the best I’ve ever tasted. Each visit to Cebu meant coming here directly after checking into the hotel.  If only they would open these places in America. Luckily both of these places were across the street.

Only being in Cebu for a couple of days as a connecting city to other destinations, didn’t give us enough time to really dig into the city itself. But one thing that really stands out is security is everywhere. When the taxi pulled into the hotel we had to go through a security check with mirrors even checking under the car. When we were dropped off at the front we had to go through a metal detector and a K9 dog sniffed our bags for potential bombs.

After going through the metal detector a guard checked inside our backpacks by using a drumstick to pick through it. After all of that checking we made it through the front doors to check in.

Being the Radisson felt like a bubble from all of the poverty and antiquated landscaping of Cebu. It was like we were back in America or some westernized country. Everything was sterile and modern. It was a treat to have all these amenities and comforts at our feet. The SM mall was directly across the street with a pathway to and from the hotel.  This mall was filled with food stalls, stores, kid’s amusements and of course lots of tight security.

Something worth mentioning is the extravagant breakfast & dinner buffet at the Radisson Blu hotel. Over 50 dishes are served in addition to fresh breads, pastries, juices, fruit and a three-tier chocolate fountain. Being from Las Vegas where buffets are as extravagant as the hotels, this put most of them to shame. It wasn’t so much the great food but the experience of dining in such a luxurious setting. 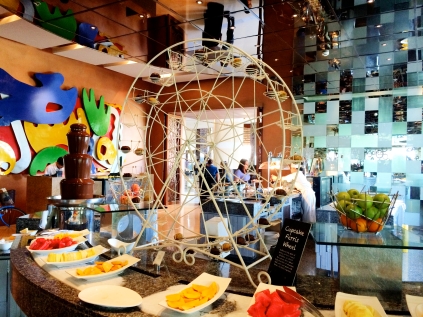 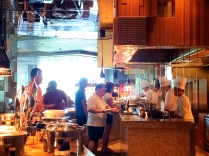 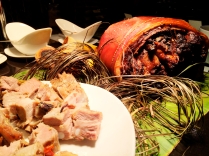 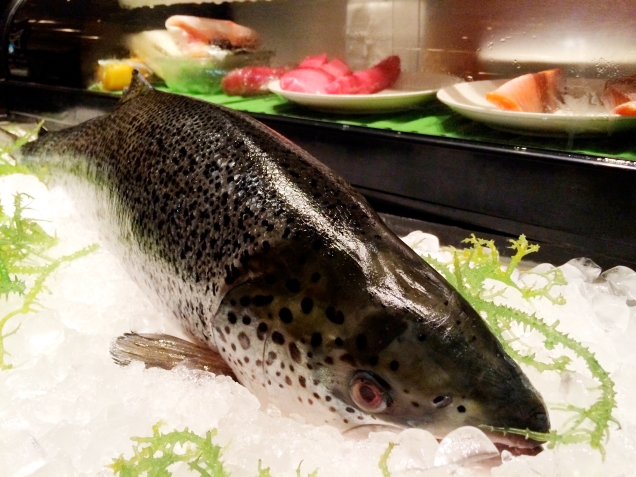 The SM mall was across from the Radisson Blu Hotel.  Just getting inside the mall was a strict as getting into the hotel. Metal detectors, hand wands and the beloved drumstick bag check. All doors including the outside eating areas were covered with security checks. The first night we ate at a local chain restaurant called Chikaasan. Outside the heat is sweltering, it was such a nice treat to walk into blasting air conditioner in the mall. 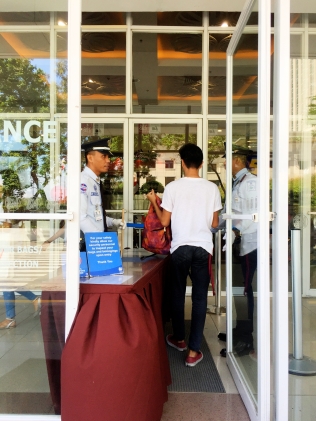 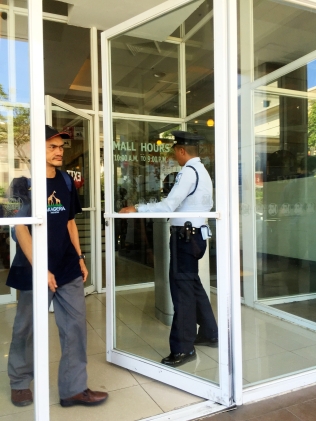 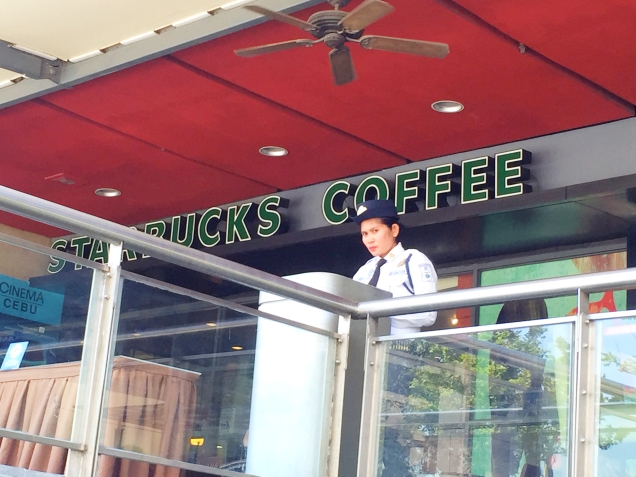 There was a grocery store inside the mall. This put the American grocery stores to shame. The vegetables section was huge with tons of fresh vegetables and exotic fruits. Sausages are very popular in the Philippines and the meat section had more sausages than I’ve ever seen. There was even a section of fresh lumpia of different kinds. Lumpia shanghai is one of my favorite Filipino appetizers. It’s a thin rolled egg roll. Lumpia shanghai is filled with meat and a few vegetables.

Outside of the luxurious Radisson, roast pork and air-conditioned mall there wasn’t much else to do in Cebu. I did notice a few markets around but nothing substantial. Being holed up at the hotel was just what I needed. I find that enjoying small things like a comfortable clean bed, cable tv, air conditioning, hot shower and nothing planned is needed during a long long trip.